Take an armchair tour of the Mill and learn more about the 2021 grants with this video prepared during the application process.

In 1992, the firm of Watson and Henry estimated that the restoration would cost $1.5 to $2.2 million at 1992 construction costs. Donations from individuals and $40,000 from the Leavens Foundation funded the restoration in the early 1990’s and then in 1996, local philanthropist Jack Borgenicht offered the Land Trust $50,000 a year for three years if we could match it. With this pledge and other donations we were able to secure 1996 and 1997 New Jersey Historic Trust grants, followed by grants from the Community Development program, the Morris County Historic Preservation Trust Fund and the New Jersey Historic Trust Emergency Grant program. As of January, 2014, we have spent $614,948 ($342,168 public funds and $272,780 private funds) and have completed at least 75% or more of the work needed. In 2016, that 75% went out the window as we experienced an eye opening setback. A comprehensive engineering report revealed, among other things, that the river “churning” against the mill had seriously undermined the northeast corner and 15′ down the north wall (riverside). Below the surface of the river, sticking your arm straight in, you would be up to your shoulder and still not feel any foundation.  The stone had been washed out. The mill was 30 days from falling into the river. But more on that later …

Once the Land Trust purchased the mill, the first order of business was to cover the deteriorating roof and east wall with a giant blue tarp, pieces of which can still be found in remote corners of the mill. The next job was to remove all debris, rotted building material and items left by various tenants. Ultimately 80 tons of debris were hauled away. Cribbing, shoring and shear walls were then installed to make the work area safer and to enable volunteers to move machines which were in precarious positions. Steel I-beams and steel cable come-a-longs were also utilized and later removed when no longer needed. After a mortar analysis of the existing mortar was performed, a large hole in the east wall stone foundation was repaired and the northeast corner foundation and intake arch were restored. In later years, the rest of the stone foundation was restored by removing modern cement patches, replacing missing stones and re-pointing the walls with a mortar mix which matched the original proportions.

Once the east wall stone foundation was restored, all rotted east wall siding, posts and beams were removed, as was the rotted roof framing on the east side of the mill. The reconstruction of the east wall was a long and arduous process, involving many volunteers, and once it was completed attention centered on the interior structural support. Rotted posts, beams, floor joists and flooring were removed and replaced on each of the four levels of the 1750 section of the 10,500 sq. ft. building. The wood was milled and fabricated locally from trees donated by developers and residents, and transported gratis by Harrington Construction. Original material was preserved wherever possible and new material joined with scarf joints and other construction methods, following the Secretary of the Interior’s Standards and Guidelines for Historic Restoration.

After the blizzard of 1996 caused the soffit to fall off the front of the roof, the slate roof was removed, a new roof and soffit installed and trim was repaired and painted. Asbestos siding was removed from the addition and the siding underneath was repaired and stained. Many of the windows in both sections of the mill were restored and sheathing was installed on the east and west walls of the 1750 section, and partially on the north wall. The work also involved rebuilding a collapsed retaining wall leading to the intake arch.

Many aren’t aware that there is an apartment in the mill. Research states that it was probably created shortly after 1944, by F.M. Blass; principal of Eastern Oxygen Therapy, Inc. He occupied and operated his practice out of the mill and was arrested for “quackery”. Though he passed away in the 1960’s, his first wife “remains” with us. In the 1990’s the American Medical Association reached out to us requesting his papers as they have determined there may be some significance to his work. We have first hand stories of “Dr.” Blass’s administering his oxygen therapy. Since then, visitors have shared in detail the advances made and the science in creating a stable form that can be injected.

In 2011 the apartment was renovated, the electrical updated, and the bathroom enlarged. Materials and fixtures reclaimed from the Roerich house were used including a claw foot tub, the kitchen sink, and period wainscoting that has been reinstalled in the bathroom and kitchen and repurposed to make kitchen cabinets. The work was performed by talented volunteers whose efforts have yielded a simple, updated living space and a bathroom reminiscent of the 1930’s. This renovation allows someone to be on premise 24/7 and meet the goal of generating income for the Land Trust.

In 2017, an emergency “Arch Repair” was done to stabilize the Northeast corner, north wall and the intake arch.  A temporary fix, this $79,000 project was done in large part from professional services and in-kind donations provided by Tina Contros, Architect, along help from George Okorn, Capitol Foundations, Austin Texas and Genesis Engineering.  Take a look at “Arch Repair” in the Gallery for a visual story on what it entailed. The positive news, besides saving the mill, is that we finally have a definitive answer as to why the arch and north east corner continued to fail and positioned to develop a long term solution.

Since 1992, with donations from individuals like you, the Leavens Foundation, local philanthropist Jack Borgenicht, The Borgenicht Foundation, Frazier Industrial Company, and grants from the NJ Historic Trust, the Community Development Program, Highlands Coalition, 1772, the Morris County Historic Preservation Trust Fund, and others we are well on our way to a full restoration but much, and we mean much, remains to be done.

The Land Trust is completed an updated preservation plan in early 2021 through the firm Connolly & Hickey Historical Architects.  Details can be found under “News”.  This comprehensive plan has updated the cost estimates for completion and will be the formative guide that takes us through the substantial restoration.  It will also prioritize the steps and or phases to fully repair “the intake arch” and foundation in the river, completion of the north wall sheathing and installation of siding on the east, north, and west walls of the original 1750 section along with the last eight windows and the re-installation of the original stabilizing tie rods.  All this requires the work of engineers, along with masonry and construction professionals.

This is where YOU, the reader come in. It is your donation that keeps the Land Trust moving forward with this important restoration. Without your help, it can’t be done.

Watch 2021 Grant Site Visit for more information on the Mill and the 2021 Grants awarded moving us on to the next critical step in our preservation plan.

Since 1750, “The Mill” has stood in the center of Long Valley and was the center of community activity and economic stability. That’s 271 years! Today it stands as the symbolic heart of our town’s proud history. Please share your pride through your donation for living in one of New Jersey’s most beautiful and historic communities and help us preserve the past for our future. 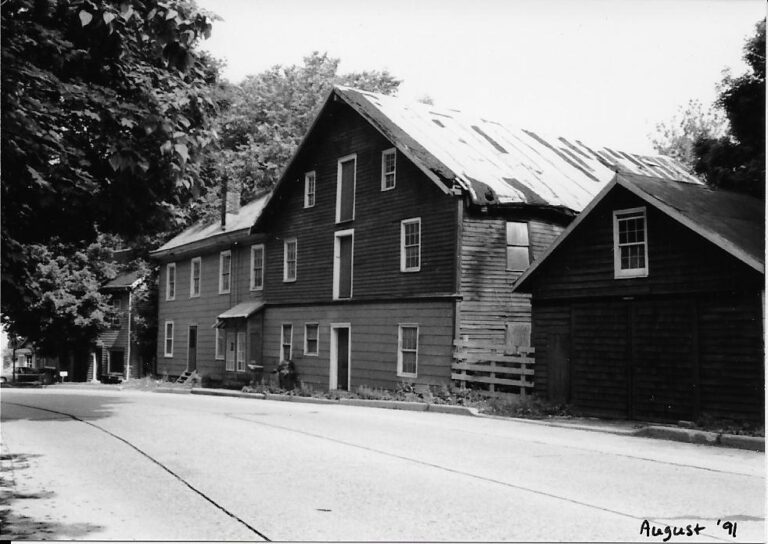 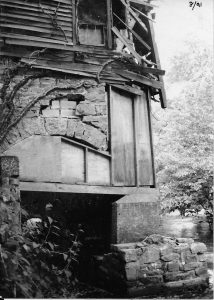 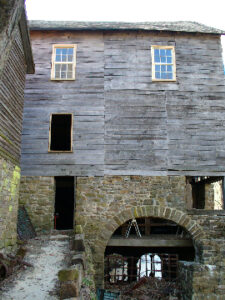 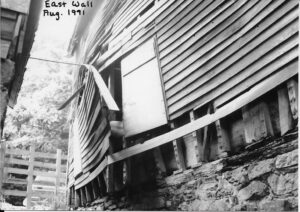 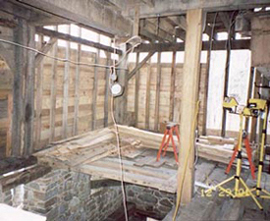 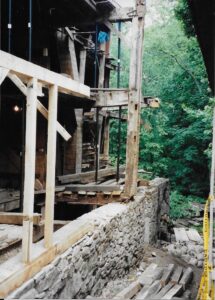 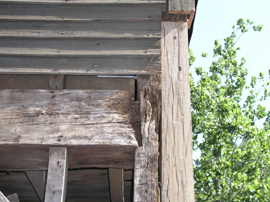 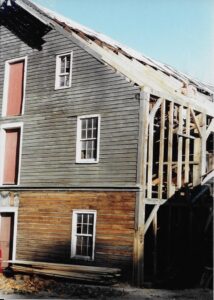 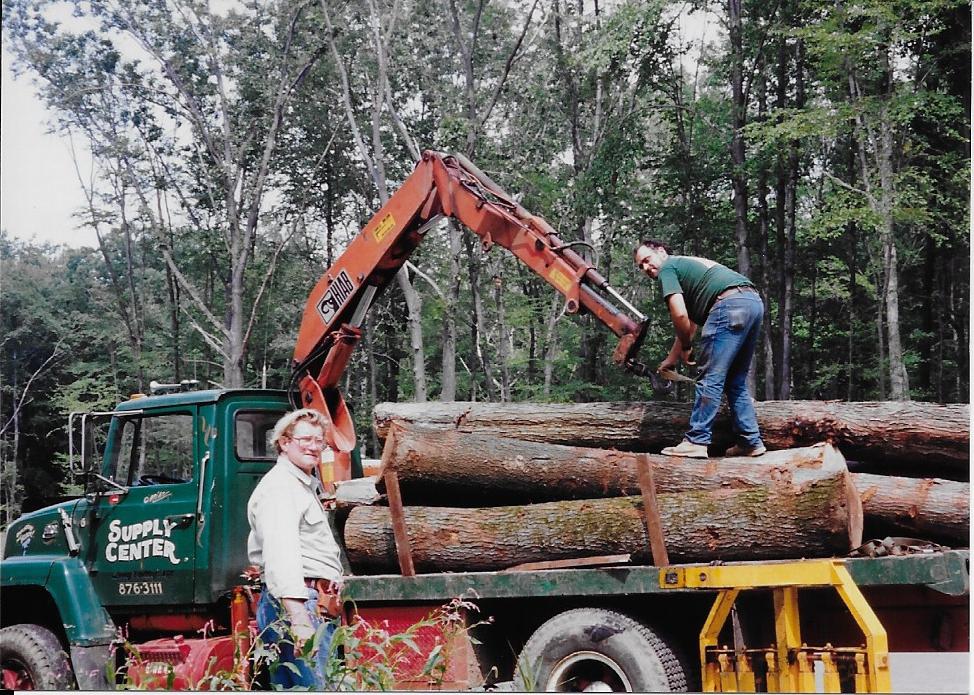 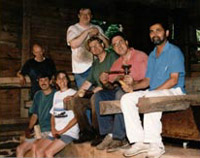 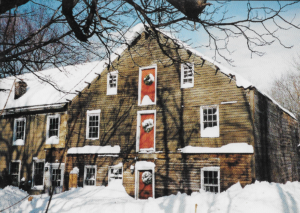 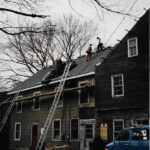 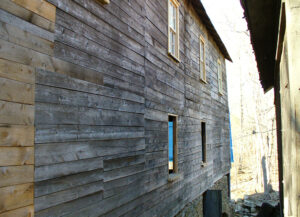 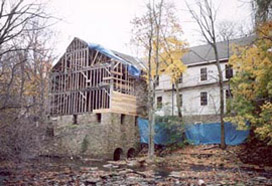 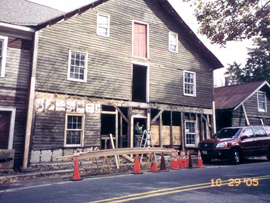 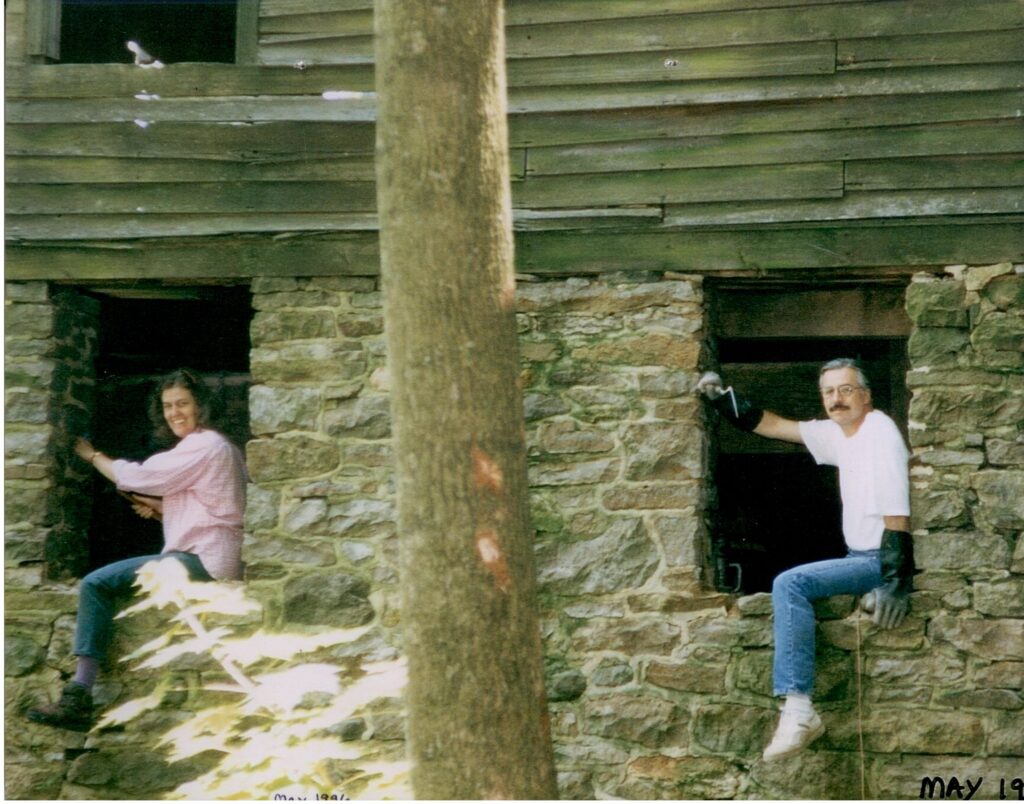 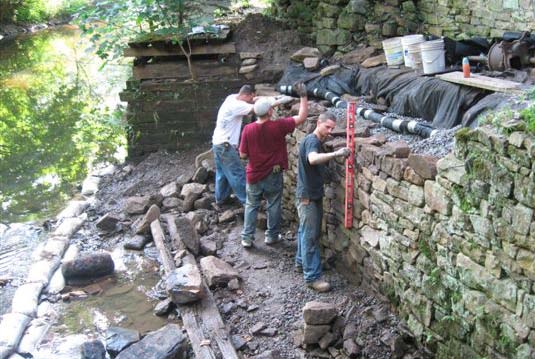 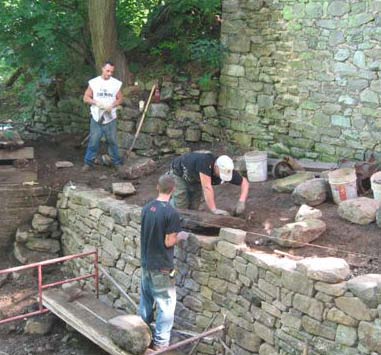 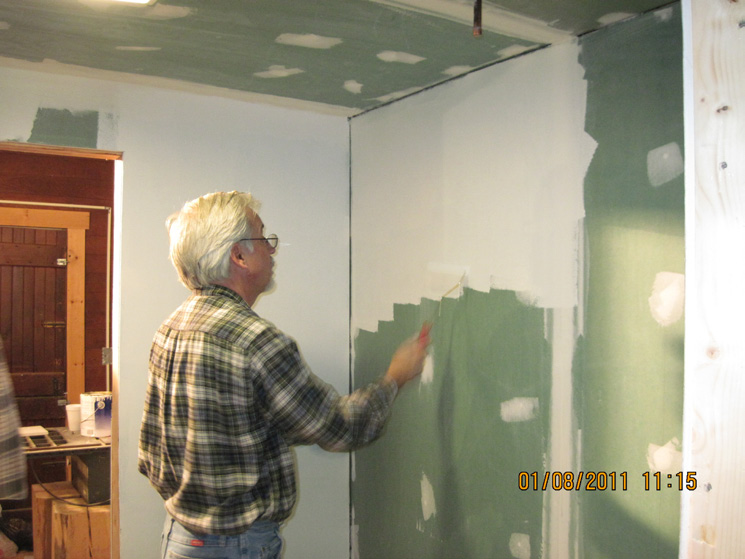 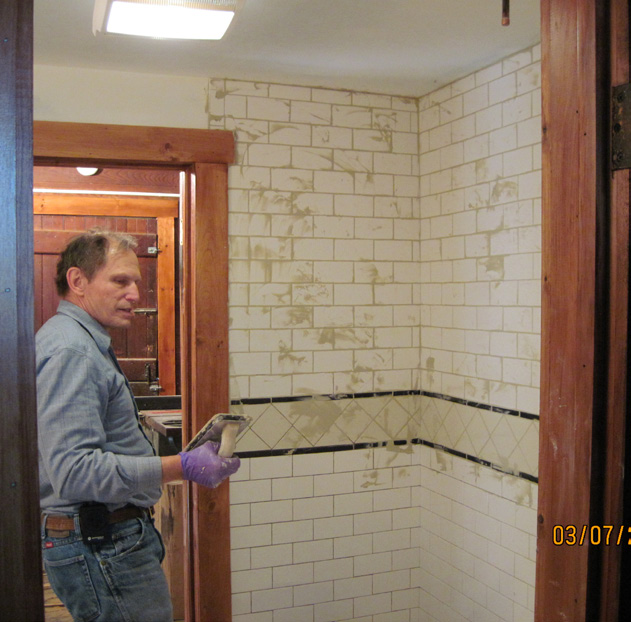 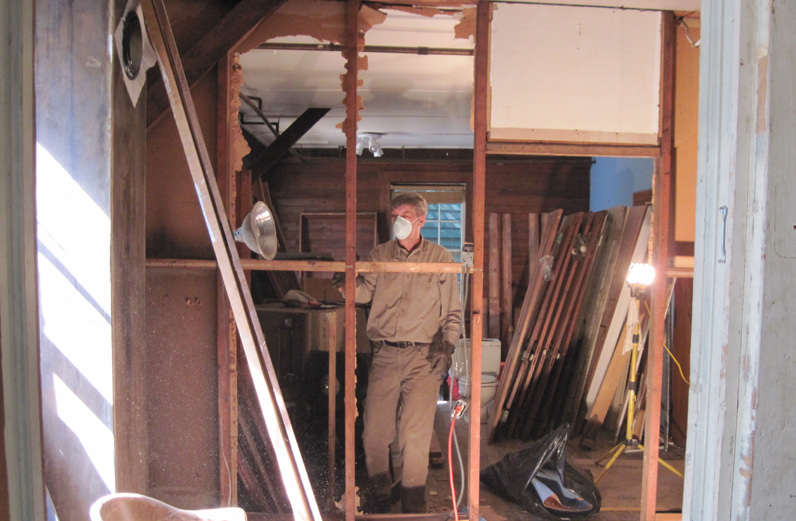 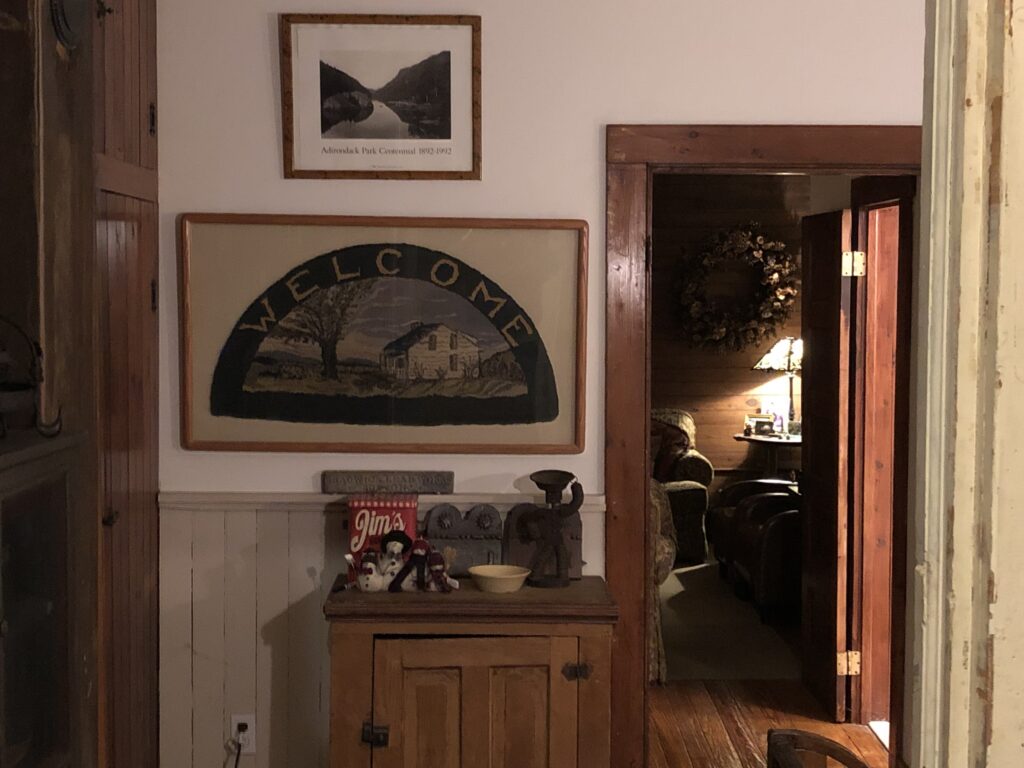 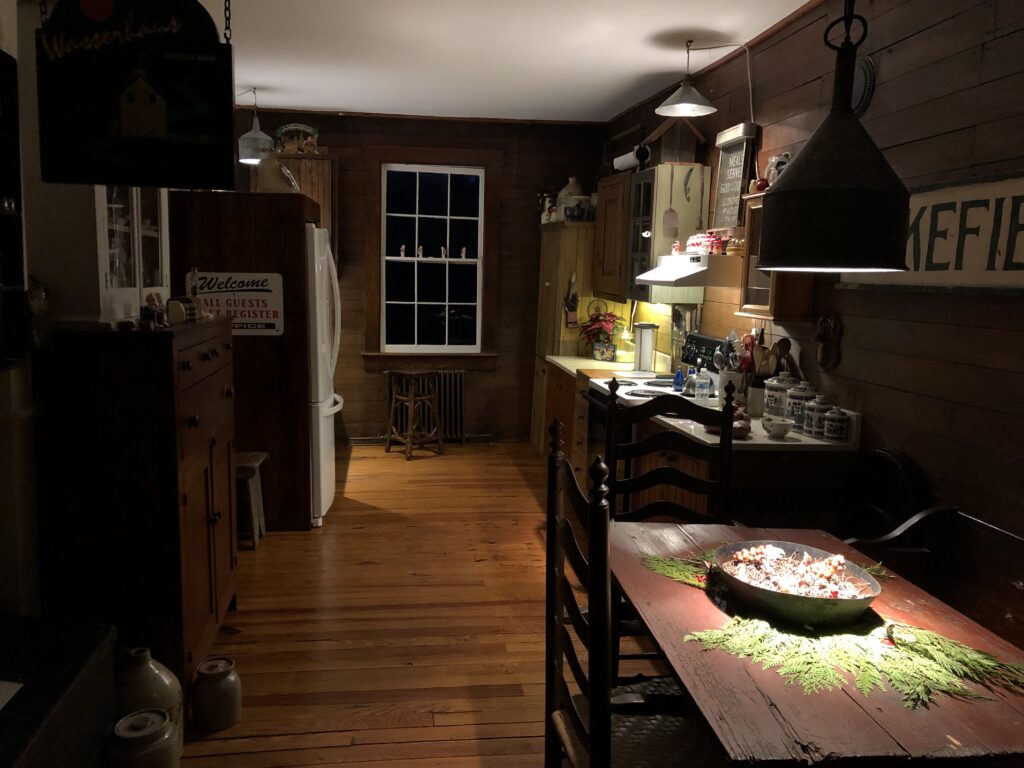 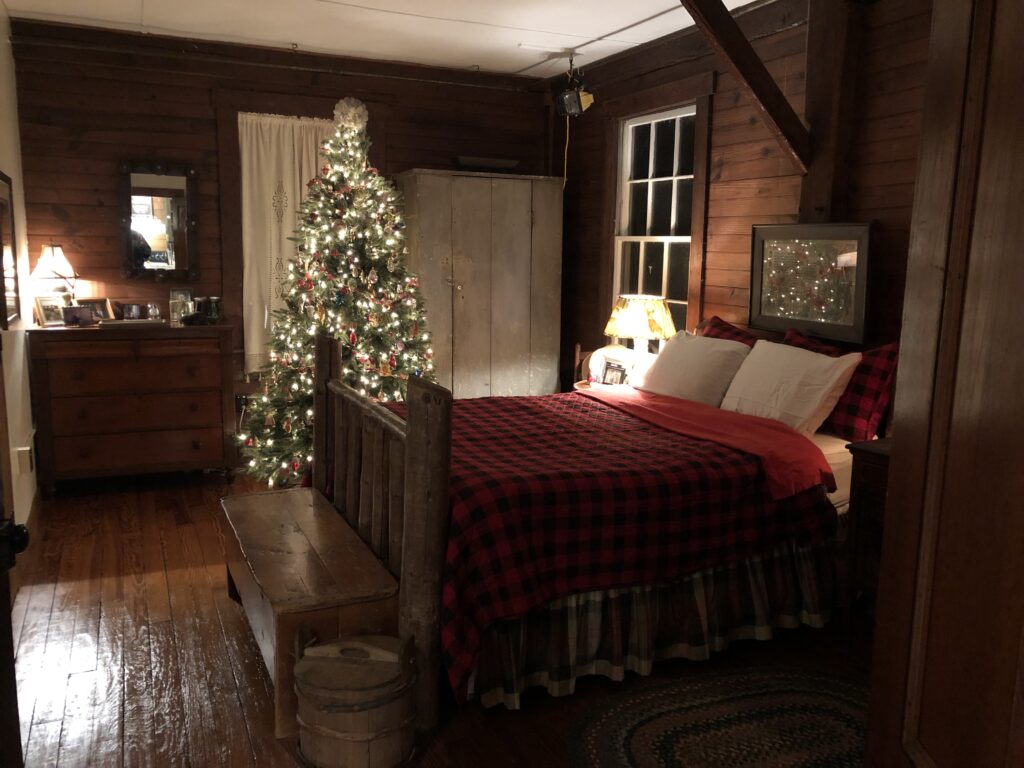