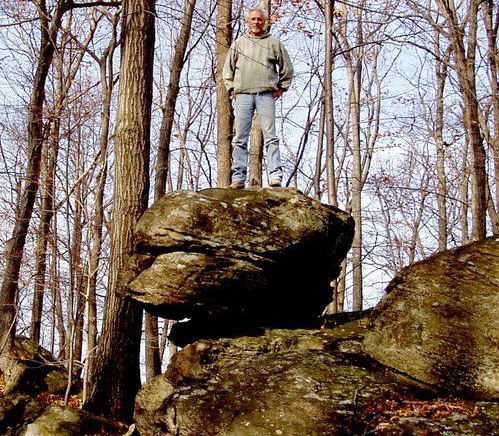 The Land Trust has partnered with NJ Conservation and the NJ Water Supply Authority to preserve property from the late Jack Borgenicht estate. 230 wooded acres preserved in Long Valley

The late Jack Borgenicht was a legend in Long Valley, where he owned the largest preserved farm in Morris County and helped start the area’s first brewpub. Among other things, he was a businessman, a philanthropist and an avid mountain climber who made history at age 81 as the oldest person to scale Mount Rainier.

Five years after Borgenicht’s death at age 93, a 230-acre wooded property that was part of his estate has been permanently preserved by New Jersey Conservation Foundation and its partners.

The property sits high on the Schooley’s Mountain ridge, a flat-topped ridge that runs through Washington Township. Crossed by meandering streams that feed the South Branch of the Raritan River, the land will be used for passive recreation and water resource protection. The South Branch supplies drinking water to 1.5 million New Jersey residents. “It’s a beautiful property, and we’re so glad that New Jersey Conservation Foundation bought it,” said Fran Borgenicht, Jack’s widow.

A native of Hunter, N.Y., Jack Borgenicht “discovered” Washington Township while searching for farmland within a 50-mile radius of New York City, where his family garment manufacturing business was located. Mrs. Borgenicht said her husband started purchasing land in Long Valley in 1935, beginning with a tiny house on 76 acres. Over the next six decades, he steadily added acreage until his holdings at one point totaled about 1,200 acres. “Anytime during his lifetime when he had cash, he bought land,” she said. “He was quite a character, and I know he would be happy to see it preserved. He’s rejoicing, wherever he is.”

Partners involved in the preservation are rejoicing, too. “By preserving Jack’s property, Morris County and its financing partners are also preserving the legacy of a remarkable man,” said Morris County Freeholder Jack Schrier, who is the longtime liaison to the County Preservation Trust. “Jack Borgenicht’s vision, his beneficence, and his personal achievements make a compelling and inspirational story. Jack always understood the priceless value of land, not only as farm property but also as a precious multi-faceted natural resource. The Borgenicht name should always be associated with these generous gifts, so that future generations will know and remember.”

“I know Jack would be very pleased that his property is finally preserved,” said Margaret Nordstrom, Morris County Freeholder and former Mayor of Washington Township, who worked with Borgenicht to preserve the 700-acre Scott Farm in Long Valley.

Henry Patterson, executive director of the New Jersey Water Supply Authority, said the preservation of this property is important to maintaining the water quality of the South Branch of the Raritan River. “The Authority’s contribution to the protection of these parcels is made possible by its water customers who fund source water protection,” said Patterson. “With this acquisition, the Authority and its government and non-profit partners have preserved over 3,000 acres of critical watershed area within the Raritan Basin.”

Michele S. Byers, executive director of New Jersey Conservation Foundation, pointed out that the purchase of the land is in keeping with the intent of the state’s 2004 Highlands Water Protection and Planning Act; the price paid for the property was based on its pre-Highlands Act value. “This project dispels the myth that the Highlands Act has deprived landowners of their equity,” said Byers. She added that additional land preservation funding is needed to continue the vital protections of the Highlands Act.

Keith Hayes, president of the Washington Township Land Trust, said the property could not have been preserved without an effective partnership. “When I saw the ‘for sale’ signs posted on the Borgenicht property, our executive board immediately discussed acquiring these parcels, but the cost of the land was way beyond our means at the time,” said Hayes. “Our first phone call was to New Jersey Conservation Foundation to see if they would be interested in taking on this deal; the partnership that they assembled was exactly what was needed to accomplish this purchase. We could not have been happier with the outcome.”

The newly-preserved property is adjacent to the 76-acre farm where Fran Borgenicht lives. Nearby are more than 700 additional acres of preserved farmland, part of the land holdings assembled by her husband.

After several unsuccessful attempts to contact the real estate agent, former President Keith Hayes reached out directly to the owner, Mrs. Fran Borgenicht.  With limited funds available he brought the New Jersey Conservation Foundation (NJCF) in as a partner where it was mutually agreed would handle the transaction and ensuing stewardship.

Location:         Located on both sides of Fairview Avenue and Drakestown Road. 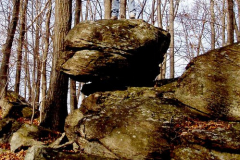